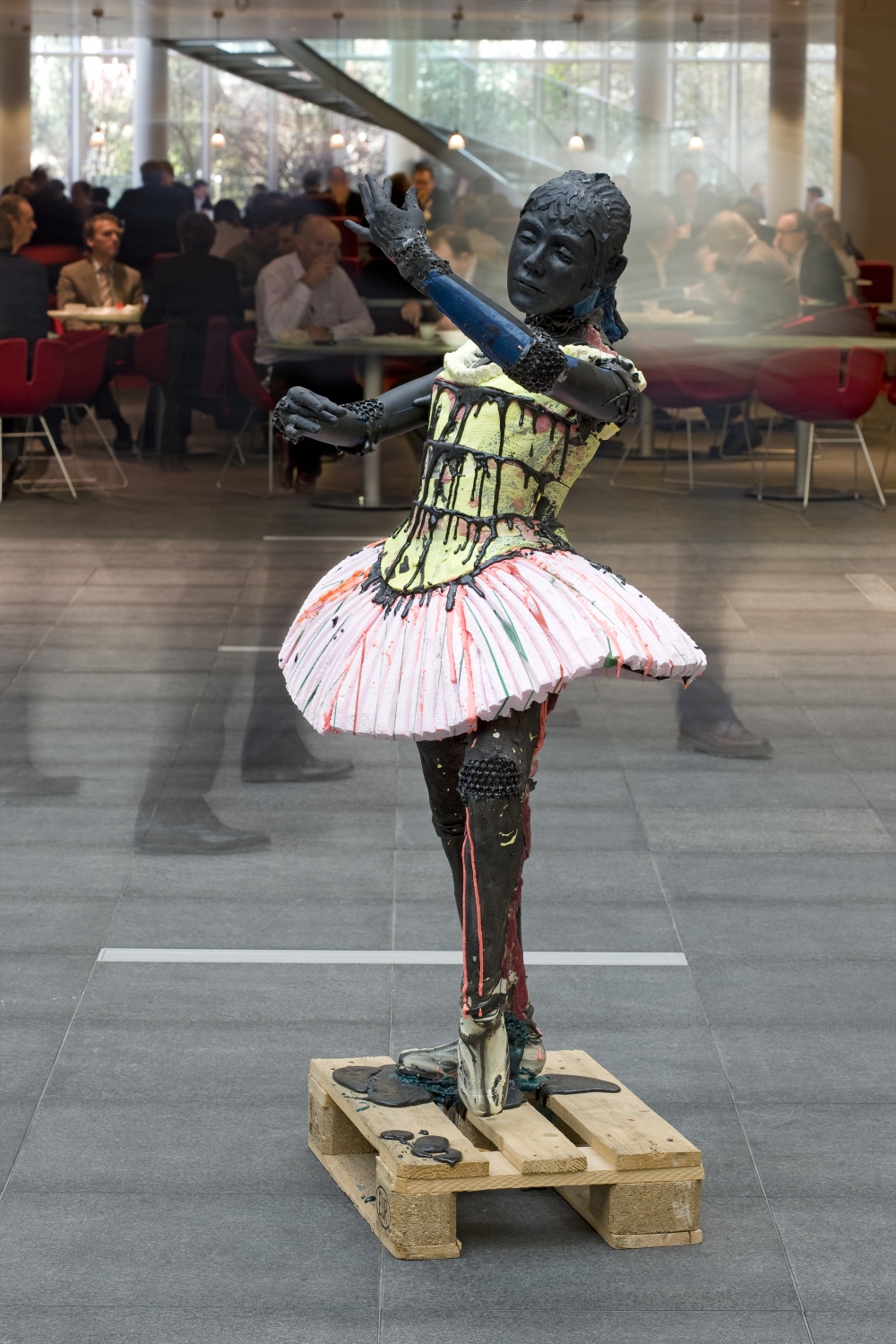 The past few years Aegon has paid a lot of attention to expand the core collection in which art forms a reflection of the time at which it is collected. High qualified art, which gives Aegon as well internal as external profile as a company who feels responsibility for the development of art in the society. "You cannot function in a society without culture" states to Aegon's CEO Alex Wynaendts in an interview with Ad's-Gravesande in 2010 for Aegon's art book entitled 'Art for Sure'.

While previously only two-dimensional art was collected, the renovation of the head office Mariahoeve in The Hague created from that moment an environment for three-dimensional art. Although art is collected in a wider perspective from a view of different disciplines, the portrayal of people and nature themes can be observed running through the collection.
Art at Aegon is not just an exclusive affair for connoisseurs and enthusiasts, but is also open and a surety for everyone who sees art as a source of inspiration for thinking and acting creatively.

Aegon and Art is like a cultural heritage of Aegon's predecessors and shows that already in the fifty's visual artists were commissioned for special art commissions appropriating to the building. This tradition continued in 1985 with two extraordinary integrated art commissions for Aegon's head office in The Hague.
Even for Aegon's new office in Leeuwarden (1989) the American artist Sol Lewitt became a very special art commission for a wall drawing with the spectacular size of 12h x 35w meters. These experiences, working with high qualified artists, were one of the reasons for Aegon to professionalize an art policy and in 1991 an external advisor was appointed. Since 2010 Aegon's head office in The Hague is totally renovated, restyled and designed in a more modern and transparent building supporting the philosophy of the company "Transparency." This also has its influence literally at the art policy.