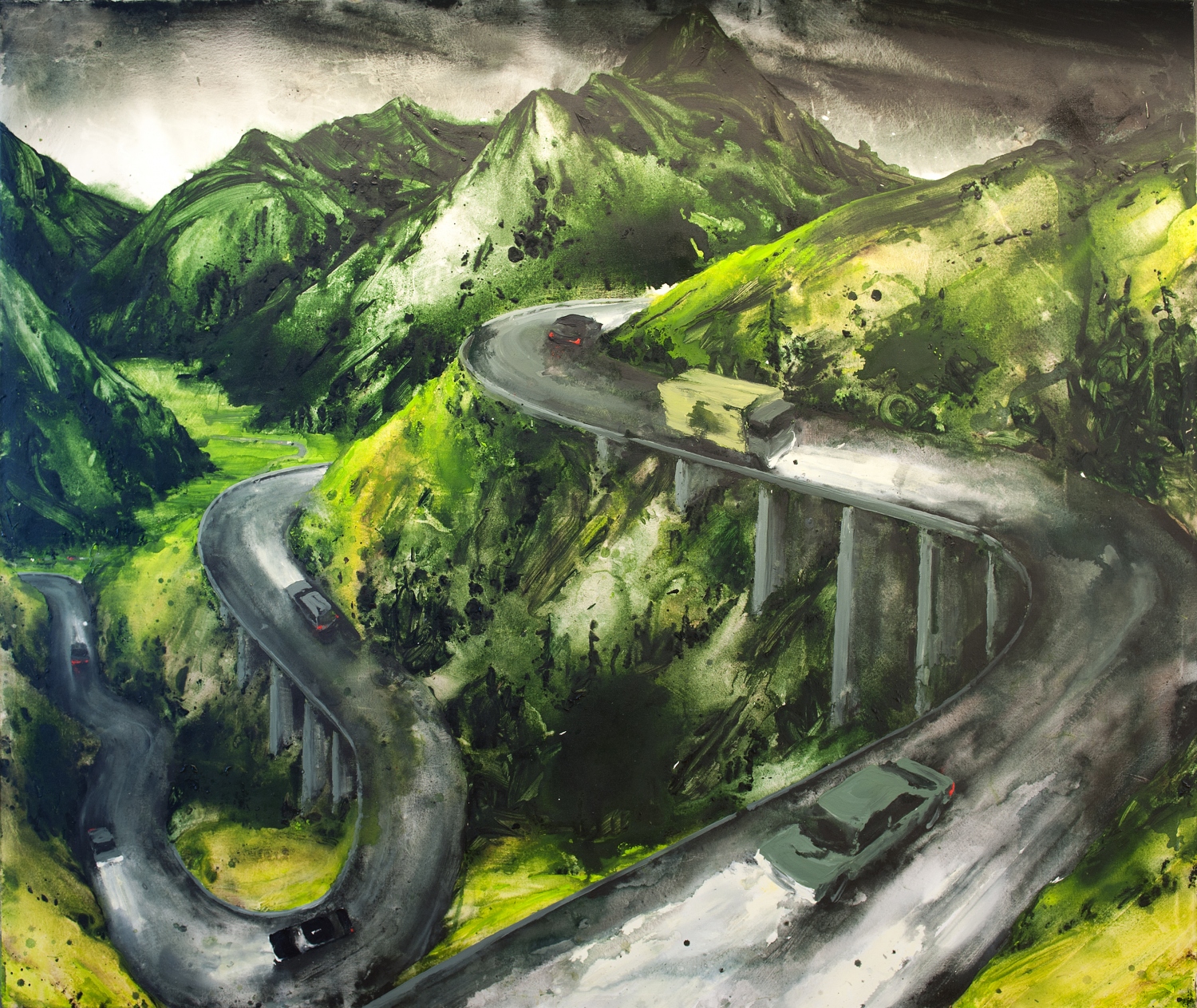 The Art Collection of Eneco currently comprises some 300 works. Alongside painters like Michael Raedecker, Koen Vermeule, Gijs Frieling, Emo Verkerk, Gé-Karel van der Sterren, Ronald Ophuis and Sven Kroner, photographers like Koos Breukel and Desiree Dolron, and sculptures from Tom Claassen and Hans van Bentem, less well-known artists also feature in the collection. It was resituated last year in our new headquarters in Rotterdam Eneco World Prins Alexander.
Form, colour, material and concept play a role in relation to the atmosphere in which the works are displayed in mutual cohesion.

Art policy
In building up an art collection Eneco supports young and beginning Dutch artists with a certain recognition, largely established Dutch artists and young foreign artists who come to live and work in the Netherlands.
As a consequence of the expansion of the Eneco network in Belgium, from 2010 work from young Belgian artists has also been added to the collection in Belgium.
Alongside the fact that Eneco exercises its social responsibility in building up a collection of contemporary art, the artworks contribute to a representative and stimulating working environment.
Apart from traditional forms of work such as paintings and photography which are representative of a diverse, modern design and interpretation, the art policy also focuses on work with quality which allows scope for experimentation. Within this context, in 2012 a comprehensive video work by Jasper de Beijer was acquired.
Eneco is a company whose clarion cry is sustainability. Whether the artworks are exuberant or instead sober in tone, uninhibited or controlled, traditional or more adventurous, sustainability justifies their right to exist alongside each other, and also characterises the Eneco Art Collection.
Eneco takes account of the interests of its clients and other stakeholders. The artworks are always selected such that appreciation among employees and visitors has been able to grow, and that the collection has been able to evolve into an essential component of the image of our company. Thus it is that for its acquisition rounds twice a year, Eneco follows current developments within the expressive arts with enthusiasm and energy.

History
Since December 2000 Eneco has implemented a collecting policy for unique contemporary artworks. From that time the acquisition policy has largely determined the character of the collection. In practice this means that acquisition rounds are organised twice a year. These rounds are prepared by an advisor and coordinator. The artworks are presented to the Board of Directors. The Board then decides whether this art is appropriate to Eneco’s objectives.