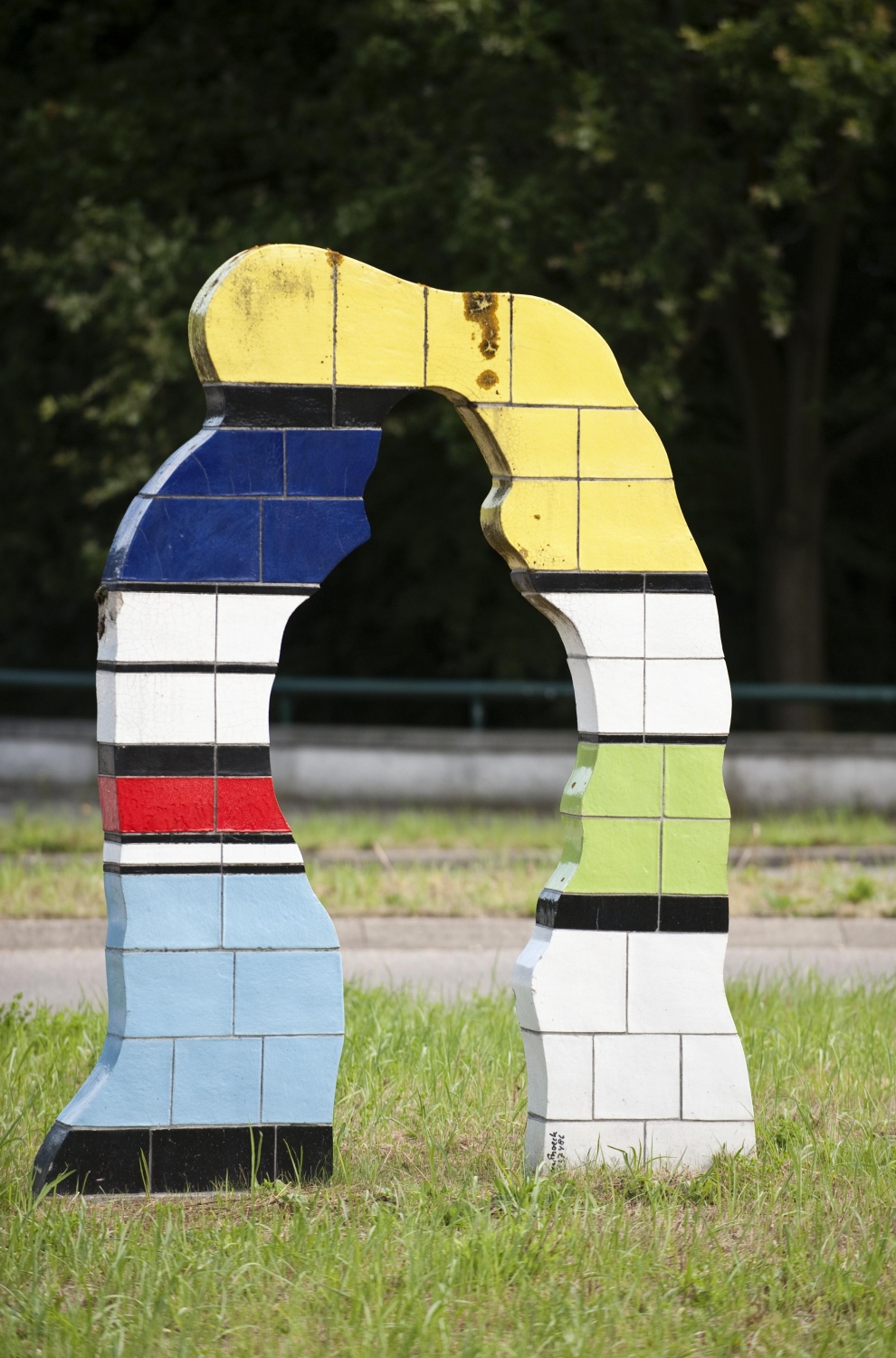 The art collection of the municipality of Wassenaar contains art works of artists from the past and the present, living of working in or around Wassenaar.
The sea, the woods, the cottages and the beautifull country houses are inspiring surroundings for artists. In the collection many works of art represent landscapes, views on the village and other typical images of Wassenaar by Sierk Schröder, Paul Citroen, Roeland Koning and others.

Many rich collectioneurs are living in the village. With their help the Council was able to extend the main collection ,works of art by the Nieuwe Haagse School (New School of the Hague). The artists belonging to the NHS worked in 1950/60 in and around The Hague and Wassenaar. Some of them like Jan Cremer, became internationally famous; others were only famous in the region but their work also meets high standards.Artists: Aart van den Ijssel , Kees van Bohemen, Jan Cremer, Kees Andrea, Theo Bitter, Jan Roëde, Jaap Eggens, Jaap Nanninga, Ber Mengels, Aat Verhoog, Rein Draaijer, and many others.

Last but nog least the Kings and Queens of the Netherlands and also the Mayors of Wassenaar are present in the collection of the Municipality: graphics of Jeroen Henneman en Marte Röling, sculptures of Eric Claus en photo's of F.Ziegler en Max Koot.
Since the fifties ca. 80 works of art, mostly bronzes, embellish public space in the village. Artists: Theo van der Nahmer, Jan Snoeck, Dora Dolz en Kees Verkade.